Blast From the Past | St. David's College Old Davideans Association

A Blast From The Past …… Well, an uplift anyway. Current Lower 6th Former Louis Dalton discovered dusty, abandoned, mysterious, mechanical artefacts in an out of the way store room. What could they be? Archive investigation showed them to be parts of a hovercraft, built as an A Level DCT project in the 1984 by Paul Batley, Stuart Montador, Royston Barry, Nick Ward et al, under the supervision of Keith Lennard and Colin Jones. The hovercraft actually worked, with the first outing being on Llandudno beach in early 1985. 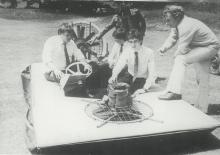 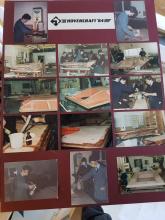 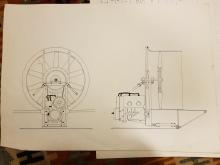 In the late 1990’s there were lots of Business Studies 6th visits to car factories - Bentley, Jaguar, but mostly to TVR (named after the founder Trevor Wilkinson), a quintessentially British sports car manufacturer in Blackpool. Sadly the business failed because the then owner Peter Wheeler refused to have a foreign engine in the cars, and insisted on having his own designed and built. The exotic engine cost far too much to make and the cars were not reliable enough. But there is hope!

Thanks to the hard work of Nicholas Ward, our archive room is really taking shape. We have lots to share with you so over the coming months, keep an eye out for pictures and stories of your school days. 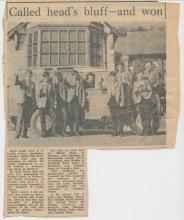 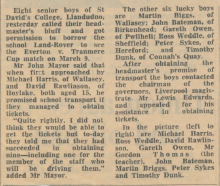 A big welcome to Old Davidean Dan Lycett who has just taken over as Head of PE at St. David's College! Here, he is pictured with his year group team in their South Africa Tour Kits in 1996 and some years later at an ODA rugby match. Dan is organising Rugby 7's for this year's ODA Reunion Weekend on November 7th. 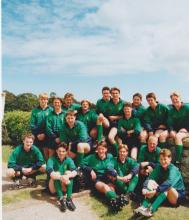 In the early 1980’s we used to water-ski in the Conway estuary. Surprisingly, we could ski at all stages of tide, although how we managed at low tide I can’t think. John Mayor suggested that I was a qualified water-ski instructor, which of course wasn’t quite true.

The reason that we stopped was due to the popularity of jet skis, which were horribly noisy and therefore ‘speeding’ in the estuary was banned. We continued for a while upstream of Conway Bridge, but it became impractical except when the tide was high. 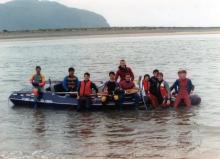